Your Vote Reveals Your Values 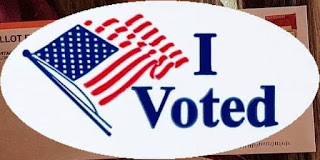 I keep thinking about how many times - I've lost count - someone has told me emphatically "You know I'm not racist." or something equivalent  in the course of a somewhat political conversation. But do I? How can I?

I vote my values. I assume other people do as well. Otherwise, what's the point of voting? Why would someone vote for someone whose values don't align with theirs? So when someone says "You know I'm not a racist." after voting for someone who is and who supports enacting racist policies, their vote speaks louder than their words. Their vote has more impact than them feeling offended that people believe their vote represents their values.

When people vote for a racist, they give tacit support to the racist's ideology and policy positions whether that's their intent or not.

There's a part of me, that's like. "Go ahead, show me your racism. At least then I know you who you are and what, if any, place you should have in my life.", but there's the other part of me that screams. "Oh, no, not you. I love you. I've always respected you." and to learn these people fall into the racist category breaks my heart.

I used to think we just needed to have more communication, more connections, more interactions to solve this problem, but I'm beginning to think there are some people who are just too far into "tribalism" or "hatred" or "otherness" to ever reach... And sadly many of those people won't even see themselves as such. They'll keep shrugging their shoulders while proclaiming they're for equality and voting against equality election after election after election.

I don't want to give up on people, but I also struggle to see the point in continuing to try to reach people who are so entrenched they'll never even see their own complicity.

I focused this on racism, but it applies equally to misogyny, anti-LBGTQ sentiments, sexism, and all kinds of hate, inequality, and cruelty.


We often encourage people to vote their values, but maybe it's time to look at what people's votes reveal about their values...

life politics social issues voting
T. L. Cooper
T. L. Cooper is an author and poet whose work aims to empower and inspire through an exploration of the human condition. Her poems, short stories, articles, and essays have appeared online, in books, and in magazines. Her published books include a collection of short stories, Soaring Betrayal, her Silhouette Poetry Series, and a novel, All She Ever Wanted. She grew up on a farm in Tollesboro, Kentucky. She currently lives in Albany, Oregon with her husband and three cats.

Popular posts from this blog 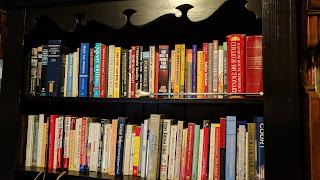 Last week I wrote about supporting authors without buying their books, so this week I want to talk about a few benefits of buying books. To be honest, there's this little voice in my head going "People need reasons to buy books... They're books. That's reason enough." Of course that's the writer and reader in me. The minimalist and anti-consumerist in me totally gets why many people don't want to buy books. Buying books is a commitment. It's adding another "thing" to your shelves, your home, your life. Let me be clear. I understand that people work hard for their money, and buying a book can feel like a luxury. I totally get it. I've been there. The rent, the mortgage, fuel, food should all be higher priorities than buying books. I remember days when I saved change for a month to buy a book. I'm not, in any way, proposing that people sacrifice necessities to buy books. There are advantages to buying a book. You own the book.
Read more

Nothing Gold Can Stay 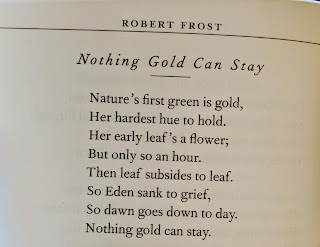 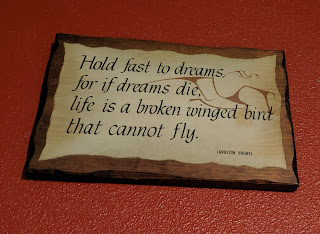 This excerpt from the poem,  Dreams , by Langston Hughes hangs on my office wall. Poets play with perception when they write poetry making reading poetry another play in perception. When we read poetry we bring our own life experiences into play affecting our perception of the world around us. Poetry can shine a light on the world we inhabit in language that is sometimes more palatable than either fiction or nonfiction. Poetry can tease our hearts and minds with possible meanings and interpretations. Poetry can use imagery and emotion to effectively push readers to think about life from a different perspective. Many people have told me they don't read poetry because they don't understand poetry. I struggled to understand this until I started reading some of the "classic" poetry I'd avoided since college. Then I remembered how I used to think poetry was something I couldn't understand, and I got it. It changed the way I engaged with people who don&#
Read more

T. L. Cooper
T. L. Cooper is an author and poet whose work aims to empower and inspire through an exploration of the human condition. Her poems, short stories, articles, and essays have appeared online, in books, and in magazines. Her published books include a collection of short stories, Soaring Betrayal, her Silhouette Poetry Series, and a novel, All She Ever Wanted. She grew up on a farm in Tollesboro, Kentucky. She currently lives in Albany, Oregon with her husband and three cats.

​Disclosure: This website contains affiliate links meaning if you click on those links and make a purchase, I earn a commission at no additional cost to you.